We kicked off the Hurt Hub Innovation Week with a TechStars Startup Weekend with 20 participants, including one who traveled from Portland, OR! Participants spent the evening coming up with a problem they were interested in solving, pitching for 60 seconds and forming teams. Facilitator, Roger Osorio, emphasized that the best entrepreneurs fall in love with the problem, not the solution, so that’s where we began.

Hurt Hub Innovator in Residence, Mbye Njie ’04, shared his startup story to inspire participants. He spoke of becoming obsessed with solving the challenge of accountability in encounters with law enforcement after his own experiences and the murder of Michael Brown in Ferguson, MO. Njie, who just recently completed the the Cox Enterprises Social Impact Accelerator powered by TechStars Atlanta, joined the Hurt Hub@Davidson as the inaugural Innovator in Residence in July and will serve as a judge for the weekend’s pitch competition. 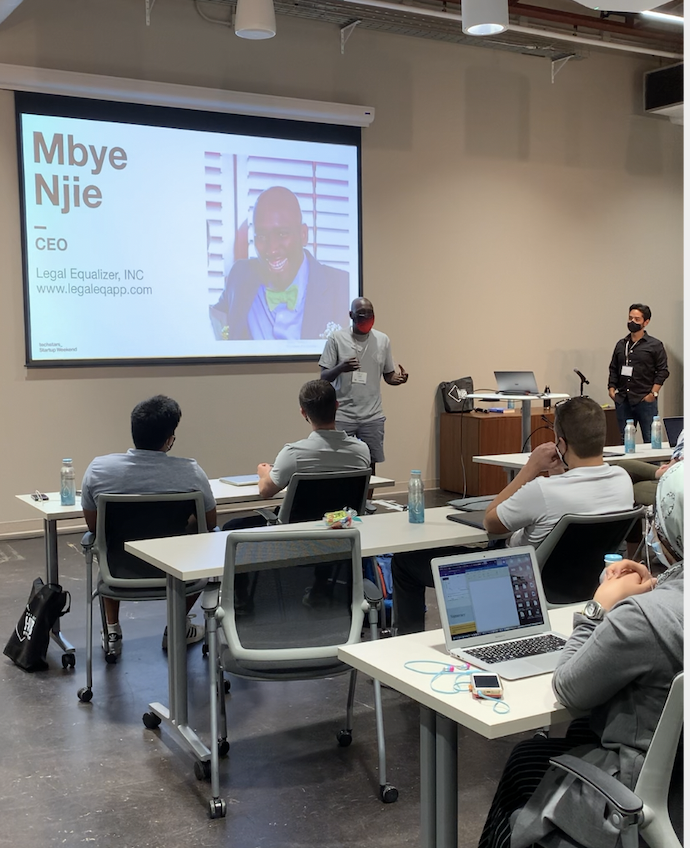 He also shared the importance of the network, making connections over the weekend, and staying in touch. “I have a packed Slack channel with everyone who was in my TechStars cohort,” Njie shared, “I’ve asked for recommendations for attorneys, for tips on social media strategy and everything else. The power of the network is unmatched.”

Participants Got on Stage to Pitch Problems, Vote & Form Teams

Participants each gave a 60-second pitch of a problem they needed help solving. The pitch was to both get them comfortable in front of the group with limited time and to inspire others to join them. After that, everyone moved into the Van Deman Innovation Lab and voted on each of the ideas. Then, they recruited their teams.

On Saturday, they were back at 8am to get to work!

Stay tuned to our social channels and to our blog for a run down of each day. Also, mark your calendars for the pitch competition Sunday, September 12th from 2-5pm EST. We will be live streaming for those who can’t join us in person!