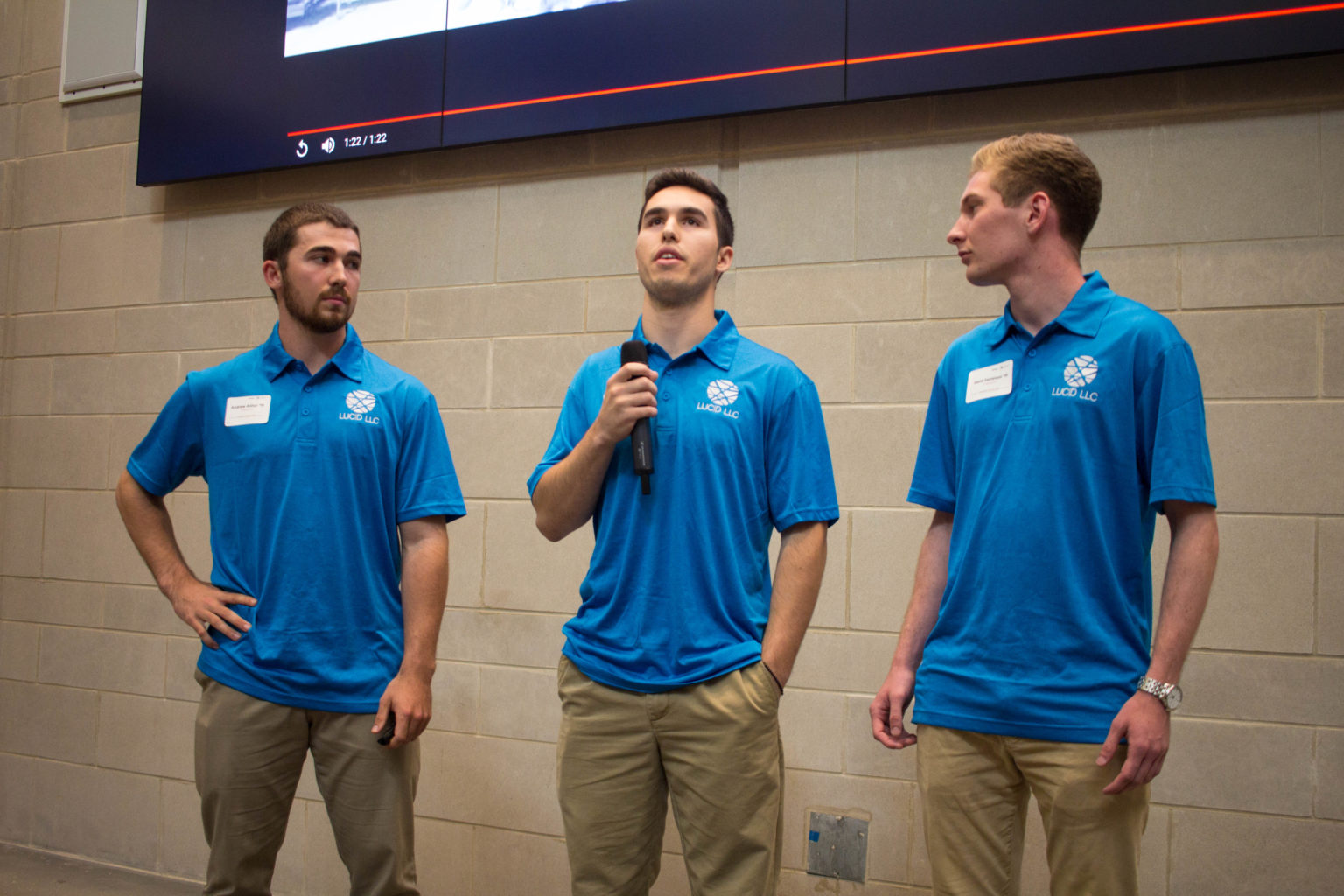 The Value of Mentors in Entrepreneurship — Lucid Drone Tech

Over the past year, Lucid Drone Tech, a student-founded company which uses drone technology to clean commercial skyscrapers, has gained significant attention. Adrian Mayans ‘19, Andrew Ashur ‘18, and David Danielson ‘19 started the company on a futon in one of their dorm rooms.

Danielson originally came up with the idea in response to the precarious current methods of window washing skyscrapers. The company’s goal is to use drone technology to improve industry safety and “relocate those cleaning workers who used to be suspended up in the air to back on the ground.” To achieve this, Lucid has developed drone technology never before designed to clean dirt, mold, and other stains off a variety of building types.

Lucid Drone Tech is currently raising their initial round of funding and building a company portfolio. But how did this idea, drawn up in a dorm room, become a reality? Lucid says they owe it all to their mentors.

In the spring of 2018, Lucid won the 2018 Davidson Venture Fund—a Davidson-run pitch competition that funds aspiring entrepreneurs, open to current Davidson College students and recent alumni,  and provides them with valuable mentors to help them develop their ideas. While Lucid was beyond grateful for the financial investment they received from the college after winning  from the Davidson Venture Fund, they could not stress enough how important the mentors gained from the competition were to their success. “That was honestly the biggest win for us in the competition,” Danielson explains, “We absolutely would not be in the position we are in without them.”

Three of Lucid’s mentors from the Venture Fund now sit on the Lucid Drone Tech Board of Advisors:

Through dinners at Brickhouse Tavern and late-night phone calls, Lucid and their mentors built a solid relationship that developed the company into what it is today. Lucid’s mentors laid out tasks during the team’s first steps in forming a company, motivated them to improve their ideas, and actively helped make decisions for the betterment of the company. Mayans says, “When we showed up to the Venture Fund, all we had was an idea. They helped us put our idea into a business.”

Lucid’s mentors have also connected the Lucid team to opportunities that are helping  build the company’s portfolio.team By cleaning different buildings and treating different stains, Lucid can show what their drones are made of. Ashur explains that Lucid hopes, “to further prove the efficacy of what our drone system is capable of doing.”

Through the step-by-step guidance of their mentors and their own hard work, Lucid Drone Tech has gained the confidence in their product and expertise in their field to continue pushing forward. Ashur puts it best: “We know this is the future of cleaning, now we just need to get out there.”