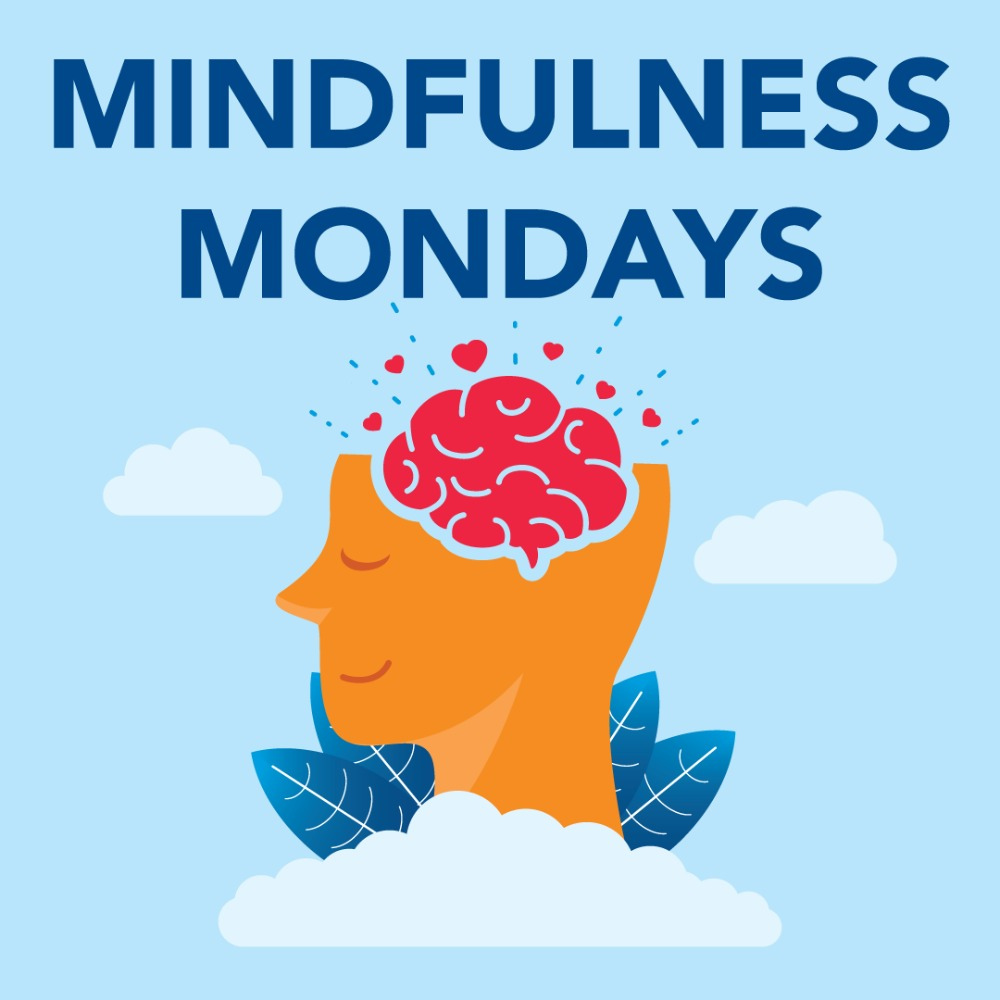 When: Every Monday starting September 12th

We invite you to join us in establishing a mindfulness routine to begin your week. Through short guided meditations, we’ll practice breathing with ease, relaxing the body, and cultivating our clarity and focus. These intentional practices help to create grounded productivity for the week ahead. Let’s come together to create a community of restful activity, filled with ease and wonder.

Mindfulness offers an intentional way to begin the week. You might be used to a typical day starting with an immediate amount of stimulus: your checking emails and calendars, scanning over meeting agenda items or notes from the day before, clicking through dozens of opened browser tabs and news sources. All of which could lead to a sense of overwhelm and lack of concentration. What if you tried an alternative way to begin your morning?

What if, instead, your day started with body and breathing practices for relaxation and focus? Or intentional contemplations to increase concentration and joy? What if you worked on cultivating wonder for what is to come so you can live peacefully, with the right intention and determination? This alternative start to the week creates a catalyst for restful and playful work, rather than a drain for confusion and distraction. Come and experience this clarity with us!

This free recurring event will have an emphasis on how practicing mindfulness is a learned skill and not natural (especially given the chaotic, connected world we live in).  Each Monday will include  guided meditation sessions led by Ivan Mayerhofer, Associate Chaplain for Buddhist Programs, Director of the Meditation Initiative, at Davidson College

Why Mindfulness?  Let us count the reasons.

The National Library of Medicine produced a comprehensive review detailing the many benefits of mindfulness; some of which are summarized below.

Studies show that our brains are malleable and can be rewired through a mindfulness practice. Research on the brains of conflict meditators has documented neuron growth in the area of the brain associated with learning, memory and emotional control.  Neuron growth also occurs in the area of the brain responsible for awareness. Functional MRIs have noted other positive brain transformations in as little as eight weeks and with a meditation practice of just under 30 minutes.

Overall, evidence from correlational research suggests that mindfulness is positively associated with a variety of indicators of psychological health, such as higher levels of positive affect, life satisfaction, vitality, and adaptive emotion regulation, and lower levels of negative affect and psychopathological symptoms. There is also burgeoning evidence from neurobiological and laboratory behavioral research that indicates the potential roles of trait mindfulness and mindfulness meditation practices in reducing reactivity to emotional stimuli and enhancing psychological well-being

Mindfulness training also is thought to increase metacognitive awareness, which is the ability to reperceive or decenter from one’s thoughts and emotions, and view them as passing mental events rather than to identify with them or believe thoughts to be accurate representations of reality.