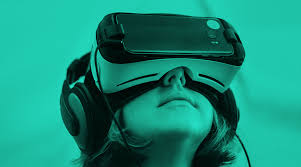 On Thursday, October 4th, LaunchLKN held its fifth event in the Infinite Possibilities series at The Hurt Hub@Davidson. Erica Madden, Executive Director of LaunchLKN and founder of Bloom Strategic Communications, describes LaunchLKN as a community of innovators that aims to connect people from across the Lake Norman region. This particular event, Infinite Possibilities: Immerse Yourself in Virtual Reality, focused on panelists’ experience, research and professional work with virtual reality (VR) technology.

Madden explains: “the key of the Infinite Possibilities series is to see what themes  in the Lake Norman region have a heat map of interested people.” These events exhibit new aspects of technology that are receiving attention and sparking new interest groups. She says, “we’ll see if virtual reality becomes one of these topics.”

The first panelist, JD Mills—Digital Innovation Systems Engineer at Davidson College—describes virtual reality through the lens of a “geek, hacker and consumer of electronics enthusiast.”

Mills says,“the idea that virtual reality is a new concept and only arose in the past 5 years, is false.” VR technology had been hundreds of years in the making; however, the iPhone was a turning point for this technology—it was the first time the consumer was able to put VR technology in their back pocket.

His advice to companies and entrepreneurs interested in VR: “Don’t wait it out.” While the technology is rapidly getting better, you only risk getting that much further behind.

Facebook and other large companies have already invested billions of dollars in the future of VR technology. This future goes beyond gaming. Mills asked his audience to imagine, “a device that looks like glasses which you can use to import productive social experiences anywhere you go.”

For Mills, and for many companies, the question of whether VR is the future of social interaction is not a matter of “if” but “when.”

Shabtai says, “For us [Lowe’s] it’s all about human problems.”

Lowe’s estimates they lose around 70 billion dollars to home improvement projects that never get off the ground. Customers either do not have enough time or cannot not decide on products.

Shabtai thinks VR technology can help, specifically in “closing the gap from idea to implementation.”

With VR technology, customers would be able to take the ads they see on the internet and use their phones to place the product virtually into home photos or videos.

Shabtai’s Innovation Team is exploring how VR technology could create improvements to in-store navigation. Customers would be able to use their phones to navigate through stores as if directed by a GPS. Shabtai compares it to “having Waze inside of every [store] environment.”

Peck says that in VR you can give people avatars, or virtual bodies, that, no matter how the avatar looks, make “you actually believe that you own [that body].”

Researchers can dress these avatars with different clothing or give them different skin colors that then simulate a new experience for VR users.

Peck explains: “Just performing these illusions actually changes your attitudes and behaviors.” If you dress someone as a doctor, they will become more healing. If you place a white VR participant, into a dark-skinned avatar , research shows the participant’s racial bias goes down for weeks after the experiment.

In her own research, Dr. Peck has found that VR can be used to lift “stereotype threat,” a situation in which people perform at a lower standard because they are stereotyped to do so. For example, if women are reminded they are stereotyped to score lower at STEM-based projects (Science, Technology, Engineering, Math) compared to men before they take a math test, they will perform worse than if they are not reminded. On the other hand, if you place a female VR participant into a male avatar, she will not be affected by stereotype threat.

After listening to the three panelists share how VR impacts everyday interests, work and research, the message is clear—virtual reality  is a developing field for opportunity, no matter your industry.