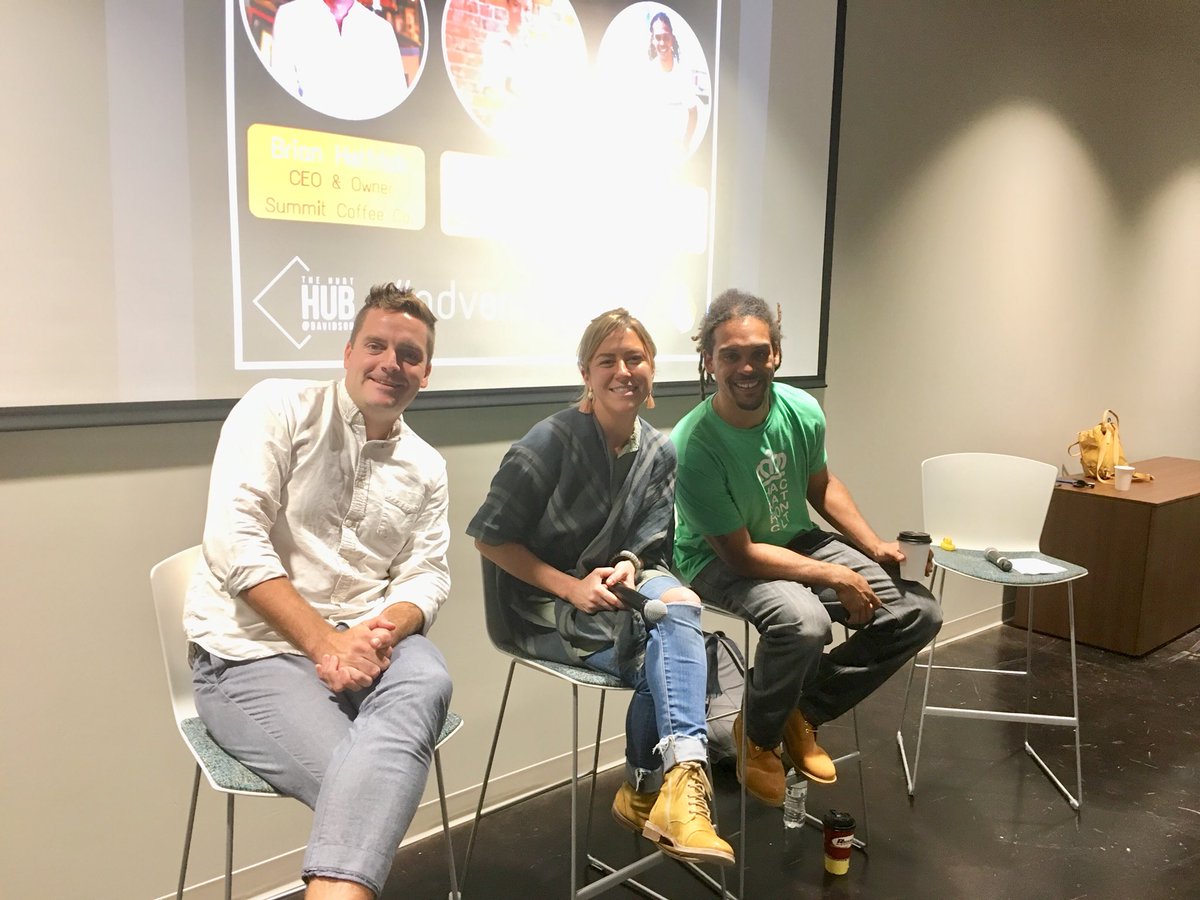 On Tuesday, October 9th, The Hurt Hub@Davidson hosted F*ck Up Night Goes to College, in partnership with Charlotte-based Advent Coworking to help inspire students and entrepreneurs to embrace failure and glean insight from their mistakes.

Just like The Hurt Hub, Advent Coworking—founded by Kevin Giriunas—creates an environment for entrepreneurs to develop their ideas and collaborate as a community. F*ck Up Night helps Advent achieve this mission by creating a forum where entrepreneurs can speak candidly about their failures as innovators.

Giriunas and his team at Advent wanted to bring F*ck Up Night to Davidson, after Davidson junior Christian Mascorro interned with Advent this past summer. Together, Giriunas and Mascorro agreed this type of event would be really important for college students to experience. “If I had more exposure to that at a young age, I may have ended up with a very different future,” Giriunas said.

We heard from 3 entrepreneurs:

What were their f*ck ups?

Brain Helfrich: Owner of the successful Summit Coffee Co. and cafés across North Carolina, Helfrich shared his most recent “f*ck up.” Over this past year, Helfrich and the rest of Summit Coffee Co. put a heavy emphasis on growth. Helfrich explains, “We decided to open a café in Huntersville. It was outside our normal sphere, and it completely flopped.”

The café stayed open for around 3 months before Helfrich decided to close the café down. Helfrich reflects on the difficulty of the process, saying he had trouble accepting the failure and was “trying to balance grit with reality.”

Through it all, Helfrich recognized that “[his] first responsibility was to the people working in Summit.” This led Helfrich to stop focusing on his failure and instead focus on the successful business he had built around him.

Katy Kindred: Owner of critically acclaimed restaurants Kindred and Hello, Sailor, Kindred spoke about a “f*ck up” from her earlier years. Before she owned her own restaurants, she applied to be a server at a Michelin Star restaurant in San Francisco. Although she felt she had “no business working there,” she applied anyway.

Much to her surprise, Kindred was offered an assistant manager position at the restaurant, but she soon found it was a bigger job than she anticipated. “All that ambition and fearlessness was great, it got me in the door, but I got there and froze,” she recalls. “I convinced myself I wasn’t doing a good job. I made it more about myself than what I was doing, and I was stuck in my head.”

It took her a few months to get out of her head and learn how to become an effective leader. She draws upon this lesson even now, as she builds her teams at Kindred and Hello, Sailor: “I see this now in my young leaders.” Kindred feels she is better equipped to develop her young employees who may feel the same way early in their careers.

Braxton Winston: Distinguished Charlotte Councilman, Citizen journalist and Davidson College graduate, Winston discussed one of his most memorable “f*ck ups,” which just happened to be during his time as a student at Davidson College.

“I had a really rough freshman year,” Winston recalled. “I got MRSA.” Despite being sick, Winston, being the competitive and passionate person he is, kept pushing through the illness. Winston remembers thinking, “I can’t let this beat me.”

In hindsight, he says he wishes that he had taken a medical leave of absence, before things got worse. In just a few short months, his illness along with other complications led to a decline in his grades. He says, “I failed everything and was kicked out of school.”

At the time, he had been given special permission to live in Charlotte. After being asked to leave Davidson, he was faced with new responsibilities, “All of the sudden I had a lease, and I had to figure life out.” Of course, failure was not final for Winston; he ultimately returned to Davidson and graduated.

Winston leaves Davidson students with this advice and the perfect take-home message from F*ck Up Night: “Davidson students hate to fail in anything, and they think a B+ is a failure… If I had done more of what I had to do, instead of having that image of perfection, things could have turned out differently.”