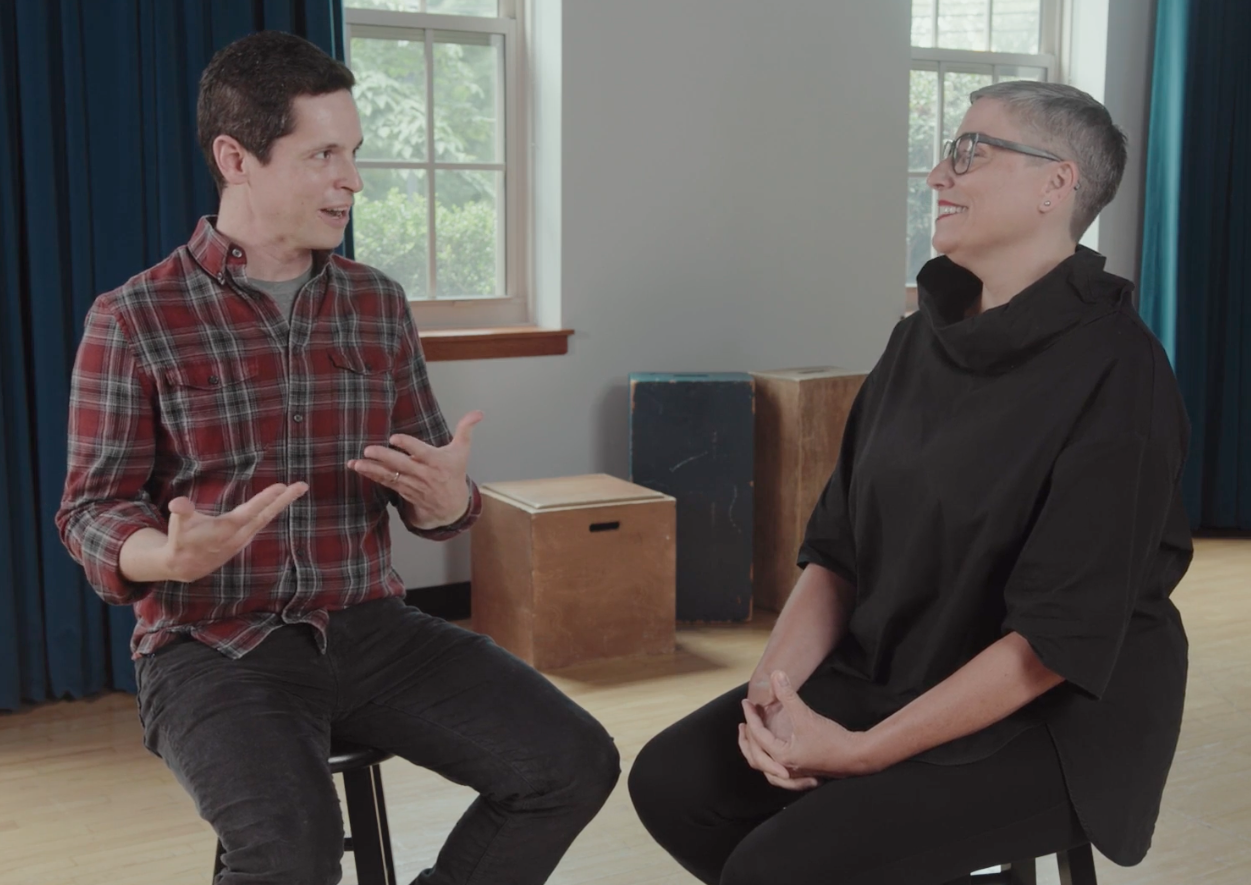 Behind the Scenes: Creating an Online Course

Learn more about the inner workings of how the Hurt Hub DavidsonX course team builds an online course.

The morning began as the doors to Tyler-Tallman Hall were unlocked and the faint buzz of warming fluorescent house lights rang through the airwaves. The centerpiece of the Sloan Music Center, the Tyler-Tallman Hall is a 200-seat acoustically and visually stunning recital hall and would serve as our learning lab for the day.  Carts of filming equipment were being offloaded and wheeled into the two-tiered intimate venue by the film crew as they set up for the day’s event.  The crew was caffeinated and energized for the day ahead.  Everyone was eager to launch into a full day of filming!

There was a buzz in the air, and it wasn’t just the fluorescent lights, the theater was filled with excitement. Anticipation had been building over months of pre-production work leading up to this big day. Countless ideation sessions, Zoom calls, Slack messages and Google Docs had been coordinated between the course team members as we poured over written scripts, discussed instructional design elements, and planned each painstaking pedagogical detail to be captured on film.

Each member of the six-person course team combined our individual strengths, forming a single superpower to bring a once small idea through an innovation process resulting in a dynamic new course offered for learners around the world through the DavidsonX digital learning platform.

The video below provides a look ‘under the hood’ of what it feels like to be a part of the course team on a filming day. The course highlighted here is Steve’s Kaliski’s Applied Storytelling. Shoutout to Suzanne Lenz ’09 & Kayla Edwards ’20 for showcasing their acting skills. Thank you to Mike Foreman ‘25 for capturing this behind-the-scenes footage and creating this video.

In addition to Applied Storytelling, we are excited to recently launch another course Jumpstart into Entrepreneurship. When both courses are taken in combination, they result in a Professional Certificate – Storytelling for Aspiring Entrepreneurs.  Check out the full descriptions for these new courses, along with the other exciting courses available on DavidsonX.

What courses would you like to see on DavidsonX? Let us know by leaving a quick comment below.

Davidson College has been a charter member of edX since 2012. edX is a massive open online course provider created by Harvard and MIT with 150+ partners that engaged 40+ million learners in 196 countries.

Learn more about the inner workings of how the Hurt Hub DavidsonX course team builds an online course.