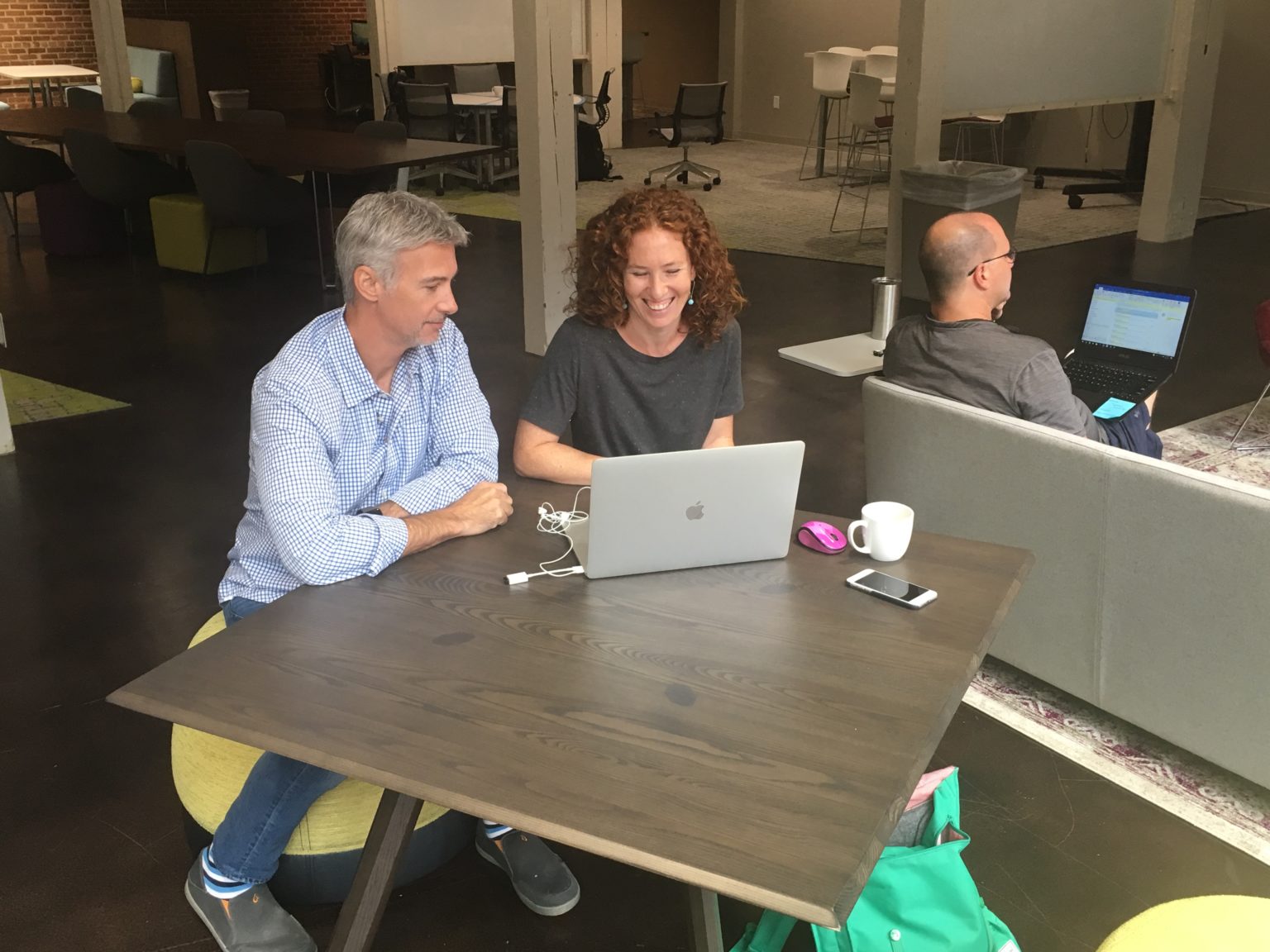 Entrepreneur teams up with marketing professional to launch his company

Entrepreneurship—the process of turning an idea into a concrete business—can be hard enough without trying to reinvent the wheel. As any founder will attest, launching a startup requires you do it all, from marketing to accounting to business development.. Thus, the value of collaboration cannot be understated, as often the most successful and innovative ideas come from many minds rather than few.

This is exactly what The Hurt Hub@Davidson seeks to facilitate—bringing innovative minds together to  sharpen ideas and launch new companies. One unexpected encounter between two entrepreneurs while at The Hurt Hub coffee bar inspired new collaboration.

Josh Lippiner runs an online product incubator company, a business which comes up with different ideas and then tests them out to see if these ideas would work outside of theory.

Brooklyn Madding is a copy editor and marketing specialist who helps businesses with communication and position.

Three weeks ago, Josh and Brooklyn met by coincidence while getting coffee in the Hurt Hub@Davidson lobby and found that they were exactly what the other had been looking for. Just before this encounter Josh had spent weeks looking for someone who could put his ideas into words when, little did he know, she had been working in the same building as him all this time. Josh was excited to find Brooklyn as “within 3 days of working together she was able to nail it and put it down on paper.”

Josh explains that as a small business owner “you have a lot of needs for different things that you don’t specialize in.” Small business owners are often put in the position of either hiring out or working in the field that is not exactly their expertise. In John’s case, this was finding someone who could put his ideas into words. And he found that person—fifty feet from his office door.

While Josh and Brooklyn were collaborating on their project, the Hurt Hub@Davidson was fostering another new development. Through similar hallway conversations Rocus Networks, a cybersecurity company, and MePush, a tech support company, were finding out the same thing as John and Brooklyn—everything they were looking for was quite literally right around the corner.

Elizabeth Cooper, Chief of Staff at Rocus Networks, explains that MePush discovered that many of their clients needed cybersecurity. Instead of trying to create their own cybersecurity company,  MePush found that it was more efficient to outsource to Rocus Networks and overlap the two companies. Now the two companies have entered a symbiotic relationship where they can help each other create an even wider breadth of clients and resources.

The beauty of the Hub is that no one needs to force companies or entrepreneurs together; these collaborations all happen organically over coffee, in the hallways, or during Taco Tuesdays. Companies naturally find a way to work together to grow and succeed more positively and efficiently than trying to work from the bottom up. Before the Hub, John spent his work days alone at home or in a coffee shop. Elizabeth Cooper spent most of her days alone in an office. Now she she spends her days at the Hub which she calls “a new community beyond our own company,” where she and the others Hub members can build and nurture new relationships.